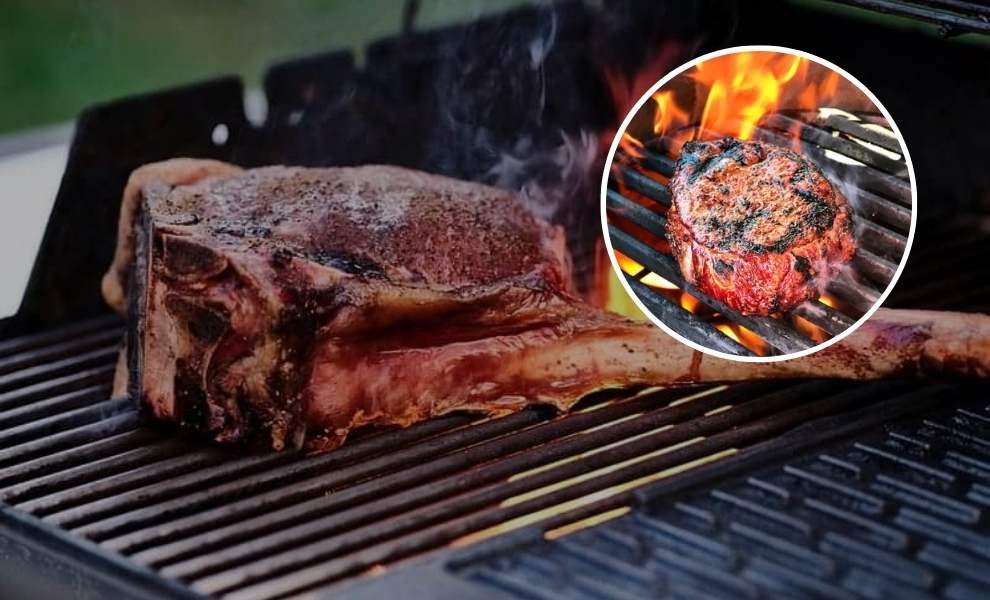 Even though the procedure is simple and easy to do, many people don’t know how to use a searing burner on a gas grill. In fact, many grill lovers don’t know what a searing burner is and is the sear station worth it. If you are one of them, don’t worry.

Every product is independently reviewed and selected by our editors. If you buy something through our links, we may earn an affiliate commission at no extra cost to you.

Today is all about properly searing your meat on a gas grill. Make sure to read the entire article so that you can cook the most delicious steak on your next get-together.

When you master the way of searing on a gas grill, the result becomes more delicious than ever. There are a few things that make your recipe better. I’ve included them in the process below.

How Do You Use A Searing Burner For Steak

When cooking a steak, you can easily utilize the searing burner. Let’s take a look at the procedure below.

What Is A Searing Burner On A Gas Grill?

A searing burner is a separate area created differently for the purpose of searing meat. Searing requires intensely high heat. If the entire grill is on a very high temperature, the rest of the procedure becomes inconvenient because grilling requires low heat too.

So, an infrared burner creates a zone that reaches very high heat and allows meat and other food to be seared before they can be transferred to a low-heat zone for the rest of the cooking procedure.

How Does A Sear Burner Work?

A sear burner can reach a very high temperature in a short period. Sometimes the gas grill can have an infrared burner to create a searing zone. In other cases, two burners can make up a searing station.

The temperature of the searing zone reaches high and allows the food to be seared within minutes. Unlike the rest of the grill, a searing zone is a separate area intended solely for searing food.

What Does It Mean To Sear Meat?

Searing is the process where the meat is exposed to very high heat. This high temperature allows the meat to create a crisp and brown area on the outside. Once it’s done, the meat is transferred to a low-heat zone so that it can get cooked inside.

Searing also creates marks on the steaks that everyone wants. High heat combined with the cooking grates generates these marks to make the steak more appealing. All in all, searing makes meat crispy on the outside and juicy on the inside.

What Can You Cook On A Sear Burner

A searing burner features infrared heat which can be used for a variety of recipes. However, the most popular recipes you can try using your sear burners are given below.

Can you sear on a propane gas grill?

Gas grills are one of the best options for searing. The reason is that they can reach and retain high heat which is required for searing. And then, it’s convenient to move the food to a low-heat zone and finish cooking it.

Can you use a searing burner as a side burner?

You can use a searing burner as a side burner. However, the burner is best suited for searing because it’s built that way.

How hot does a searing burner get?

Can you put a pan on a searing burner?

You can put a pan on a searing burner and use it as a side burner. However, the station works best when you’re searing food on it.

How hot should the grill be to sear a steak?

For steaks, the best temperature is between 450 degrees F and 500 degrees F for searing. Make sure to sear each side for one to three minutes, depending on how thick the piece is.

Is sear or reverse sear better?

Reverse sear refers to when you sear the meat after it’s done cooking instead of doing it in the beginning. Both options are effective for juicy meat and crusty sear marks.

So, it depends on how you feel comfortable and what works better with your specific recipe. If you’re unsure which one to go for, you can always experiment before settling on your favorite method.

Do you sear a steak before or after grilling?

There is no bindings or hard and fast rule to sear meat steaks before or after grilling. You can do it according to your preference.

But, if you like to get a juicy and zesty taste on your steak, then it’s better to sear steak before baking, grilling, roasting, or braising.

How long do you sear a steak on a grill?

Before placing your steak on the grill, you can rub sea salt and pepper on both sides of the steak. It’ll increase the searing steak’s taste.

As you can see, it’s not difficult to figure out how to use a searing burner on a gas grill. For those who have second thoughts about searing on a gas grill, let me tell you something. Gas grills are perfectly suitable for reaching and retaining high-temperature points. That’s why these grills are suitable for effective searing too.

As long as you’re following the right procedure, you can expect a beautifully seared steak. It doesn’t matter if you go for searing or reverse searing, both will work out great if you can do them right.

Always excited about the goodness of food, both in nutrients and taste, Erica B Roby is a competition pitmaster with a passion for barbecue, grilling, and cooking of all types and has always loved the culinary arts, a talent she inherited from her family. Whether she’s smoking meat on the pit, firing up the grill, or just sharing her tasty recipes in the kitchen, Erica B Roby wants to show people that anyone can make great food.